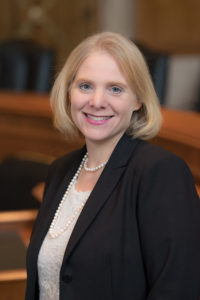 “I couldn’t take her pain away.”

Those were the words of Danny King after his wife Sharon King died. She is reportedly one of the first New Mexico residents to use the state’s new groundbreaking law that allows terminally ill adults to have better access to medical aid in dying. The law – which allows patients to take prescription medication that ends unbearable suffering – is already serving as a model for other states to improve current medical aid-in-dying laws or pass new ones.

These unnecessary hurdles often prevent a large percentage of terminally ill adults from using this peaceful dying option, causing needless end-of-life suffering. A 2018 study by Kaiser Permanente Southern California shows one-third (33%) of terminally ill adults who request to use California’s End of Life Option Act die before completing the law’s time-consuming, multi-step process, including many during the 15-day waiting period.

“That mandatory minimum waiting period is a huge barrier for some patients,” said Dr. Ryan Spielvogel, a Sacramento, California, family medicine specialist, during a news conference hosted by my group, Compassion & Choices Action Network. The network sponsored California legislation aimed at reducing wait times and improving access to end-of-life options. “Every one of the 80+ patients that I have overseen through the process had been thinking about it for weeks or months before their first visit.”

►Offsetting the growing physician shortage statewide. The law mirrors the practice of medicine found in other fields and allows advanced practice registered nurses and physician assistants to use their training to serve as either the prescribing or consulting clinician.

Furthermore, providers that oppose medical aid in dying must accurately and clearly disclose that on websites and in any appropriate materials given to patients.

When the New Mexico bill was introduced in January 2019, it represented a sea change in the movement to improve access to medical aid in dying. Lawmakers were essentially acknowledging that the problem with Oregon’s first-in-the-nation model law enacted in 1997 was not that there weren’t enough safeguards. The problem was that there were too many unnecessary barriers.

Oregon acknowledged this fact more recently when its governor signed a law to revise its Death with Dignity Act to allow doctors to waive the 15-day waiting period. Subsequently, Oregon’s 2020 Health Authority report on the law shows that doctors granted waivers to 20% of the terminally ill patients who utilized medical aid in dying in the first year the provision was in effect.

On Sept. 10, California passed legislation to improve access to its five-year-old lawby reducing the mandatory 15-day waiting period between the two requests for aid-in-dying medication to 48 hours. The law also requires that health care systems post their medical aid-in-dying policies on their websites, increasing transparency for terminally ill patients who urgently need prompt access to information.

Lawmakers who pass medical aid-in-dying laws have an obligation to ensure they are not inadvertently offering their terminally ill constituents a false promise of a peaceful death by adding unnecessary hurdles to accessing it.

Thankfully, the New Mexico law’s less burdensome process enabled Sharon King to use medical aid in dying to gently end her intolerable suffering from uterine cancer not long after her terminal diagnosis. “She wanted to make the choice over cancer,” Sharon King’s husband told a KRQE television news program in Albuquerque. “She didn’t want cancer to take control.”

Sharon King’s prescribing physician, Dr. Maggie Wilson, told the station: “In medicine, you see a lot of uncomfortable or painful deaths. To give someone who has already suffered and who is going to die shortly a peaceful death, I think that is something important we can provide.”

PrevPreviousHospice: A Critical End-of-Life Service (Part 1)
Next‘How to Respond To Request For Medical Aid in Dying’ now on YouTubeNext